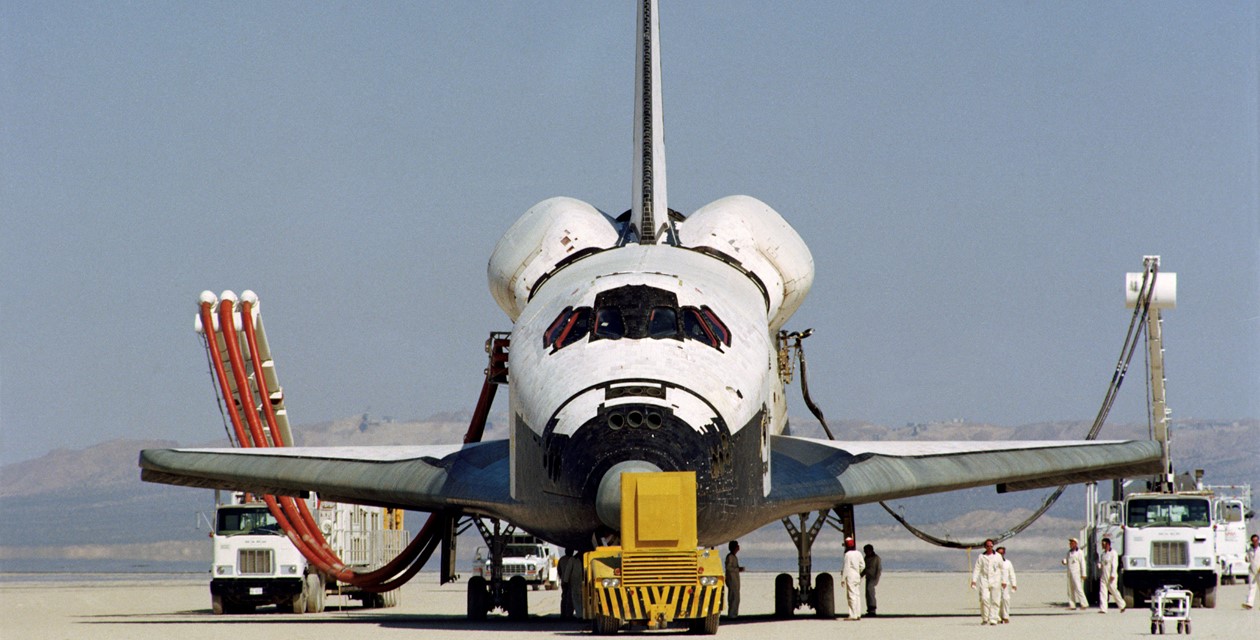 Astronauts Rhea Seddon (veteran of three shuttle missions) and her husband Hoot Gibson (veteran of five shuttle missions) join us LIVE on to discuss the 40th Anniversary of the first Space Shuttle Mission, STS-1, which launched into space On April 12th, 1981. In this program, Seddon and Gibson will discuss their unique roles in support of STS-1, as well as answer your questions!

This is a FREE, online presentation.
Click the link below on Tuesday, April 13 shortly before 6:00 PM to join!

Dr. Rhea Seddon, a surgeon by training, was selected as one of the first women astronauts in 1978. During her 19 years with NASA she flew on three Space Shuttle missions for a total of 30 days in space. Since her spaceflight career, Dr. Seddon has been a healthcare executive, an entrepreneur, an award-winning author and a successful public speaker. Most recently she served as president of a large charitable organization. She was the eighth woman inducted into the Astronaut Hall of Fame. She is married to fellow astronaut, Capt. Robert “Hoot” Gibson and they have three "Astrotots."

Captain Robert “Hoot” Gibson graduated with an Associate Degree from Suffolk County Community College and a Bachelor of Science Degree in Aeronautical Engineering from California Polytechnic State University in San Luis Obispo, California. He entered the United States Navy and served as a Fighter Pilot in F-4 “Phantom” and F-14 “Tomcat” Aircraft and flew combat missions in Southeast Asia, making more than 300 carrier landings aboard the Aircraft Carriers “USS Coral Sea” and “USS Enterprise”. After attending the Navy Fighter Weapons School “Topgun”, and the Navy Test Pilot School, he served as a Flight Test Pilot prior to being selected as an Astronaut in 1978 in the first Space Shuttle Astronaut selection.

If you enjoyed this program and would like to see more, please consider a one-time or recurring donation to support FREE online programs from The Museum of Flight.