Unforgotten in the Gulf of Tonkin 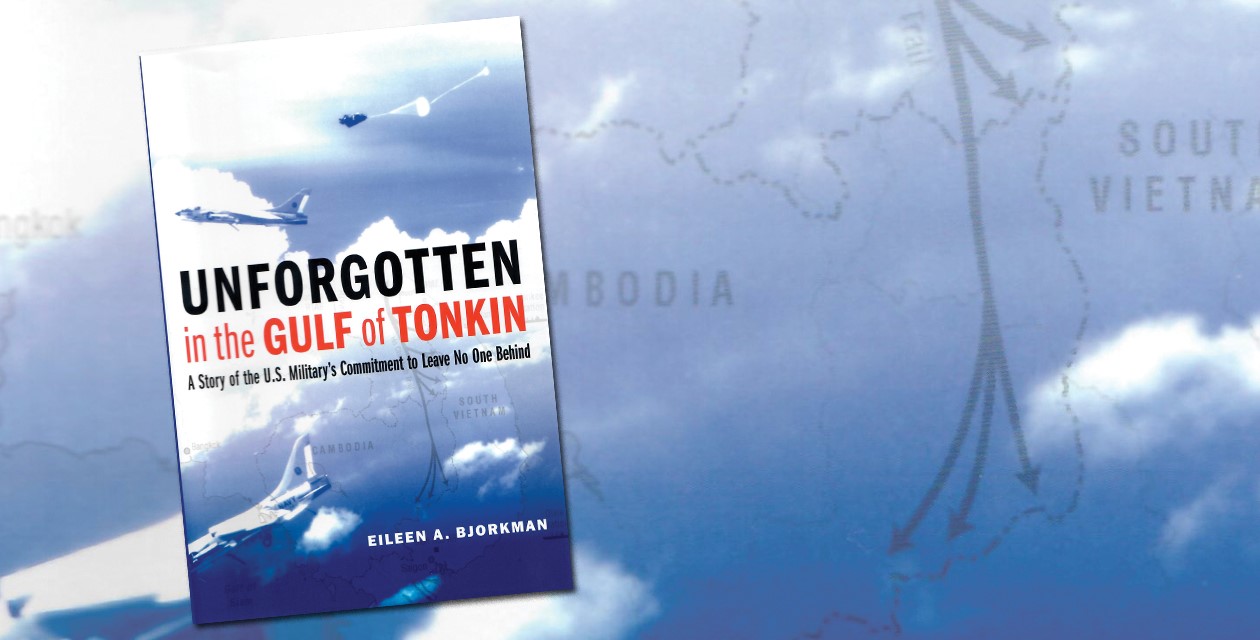 A story of the U.S. Military's commitment to leave no one behind.

Author Eileen Bjorkman presents a brief history of combat search and rescue from World War II through the Vietnam War, including the development of powerful capabilities that have saved hundreds of downed airmen and highlights the rescue of Navy pilot Willie Sharp, whose F-8 was downed by enemy fire on November 18, 1965.

Get the book from the Museum Store:

Unforgotten in the Gulf of Tonkin

Eileen A. Bjorkman is a retired United States Air Force colonel, former military flight test engineer, civilian pilot, and author. As a flight test engineer in the Air Force, she flew more than seven hundred hours in the rear seat of twenty-five different types of military aircraft, primarily the F-4, F-16, C-130, and C-141. She has a B.S. degree in computer science from the University of Washington, M.S. and B.S. degrees in aeronautical engineering from the Air Force Institute of Technology and a PhD in systems engineering from George Washington University. She is a civilian pilot with 2,000 hours and owns an aerobatic airplane, a Super Decathlon, that she keeps at Harvey Field in Snohomish. Bjorkman is the author of Unforgotten in the Gulf of Tonkin: A Story of the U.S. Military’s Commitment to Leave No One Behind, published in September 2020 by Potomac Books. Her first book, The Propeller under the Bed: A Personal History of Homebuilt Aircraft, was released by the University of Washington Press in April 2017.