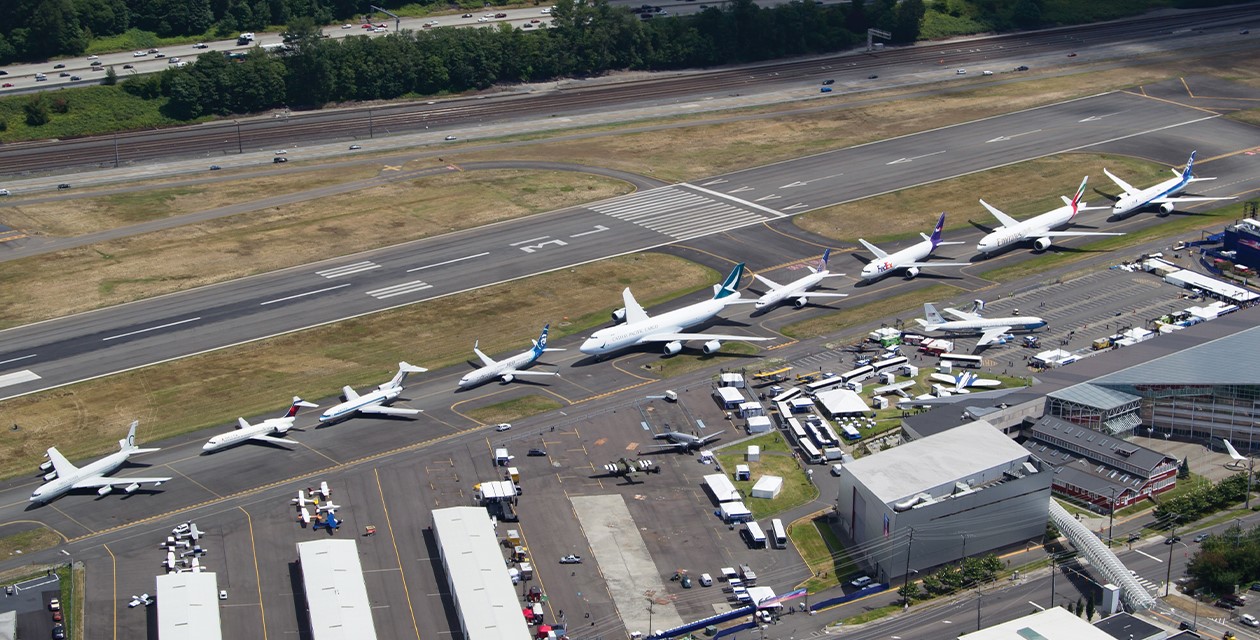 In the late 1980s Brien Wygle, vice president of Flight Operations for Boeing Commercial Airplanes, conceived the idea of an interactive interview of the flight crews who flew the first flight of each of the Boeing series jet transports. Boeing, the AIAA and The Museum of Flight collaborated in the creation of five videos during the 1980s, one each for the -80/707, the 727, the 737, the 747 and the 757/767. In 2009, a similar video was produced for the 777, this time in high definition video format.

Peter Morton, retired Boeing manager, and Max Welliver, student at Raisbeck Aviation High School, present these videos for the Dash 80, 707, 727, and 737 programs, using these DVDs and other still and video source material. The videos include fascinating interviews, like on with Tex Johnston in which he describes completing a barrel roll of the -80 over the hydroplane races in 1955. The program features vignettes about flying the early Boeing airplanes and brings back familiar voices of Tex, Dix Loesch, Shule Shulenberger, Lew Wallick, Tommy Edmonds, and many others. Peter and Max will narrate and offer their insights along the way.

Peter Morton joined Boeing in 1958 as a flight crew ground instructor. His career included service as a Flight Operations Engineer, flight deck designer, and manager of many leadership functions in marketing, program management, and HR.

This lecture series is FREE with Museum admission, so book your tickets today!