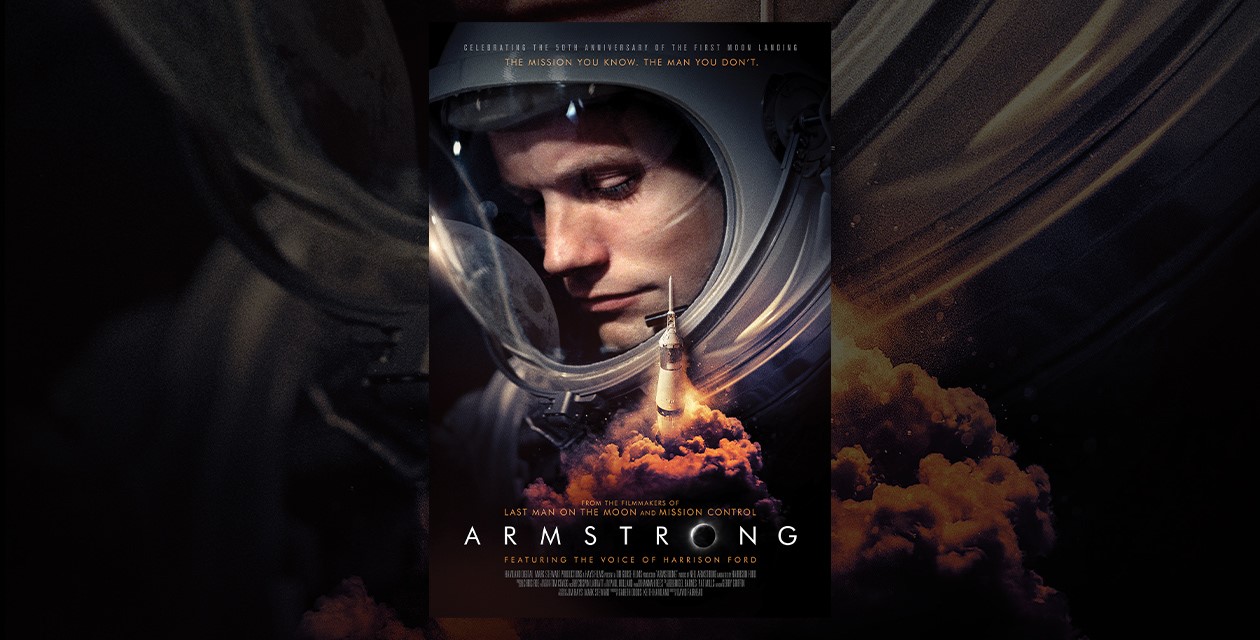 Now that Destination Moon: The Apollo 11 Mission exhibit has left, the Museum is reinstalling its permanent APOLLO exhibit in time for the anniversary of Apollo 12 in mid-November. Though much of the exhibit will look as it did when it first opened in 2017, we are making a few changes, most notably some new small artifacts.

Following the preview opening of the APOLLO Exhibit, join us for a screening of Armstrong.

Dramatic, moving and insightful, Armstrong tells the definitive life story of Neil Armstrong: from his childhood in rural Ohio, to his first steps on the Moon and beyond. Made with the full support of his surviving family, it includes previously unseen home-movie footage filmed by Armstrong himself. Neil’s own words provide the narration based on his rare interviews, writings and speeches, which are delivered by renowned actor and aviation enthusiast Harrison Ford. The film details his near-death experiences as a fighter pilot in Korea, his test pilot days, the drama and excitement of Gemini 8 and Apollo 11 missions and the challenges that came with his extraordinary fame.

To attend, RSVP to membership@museumofflight.org.

To attend, RSVP to membership@museumofflight.org.