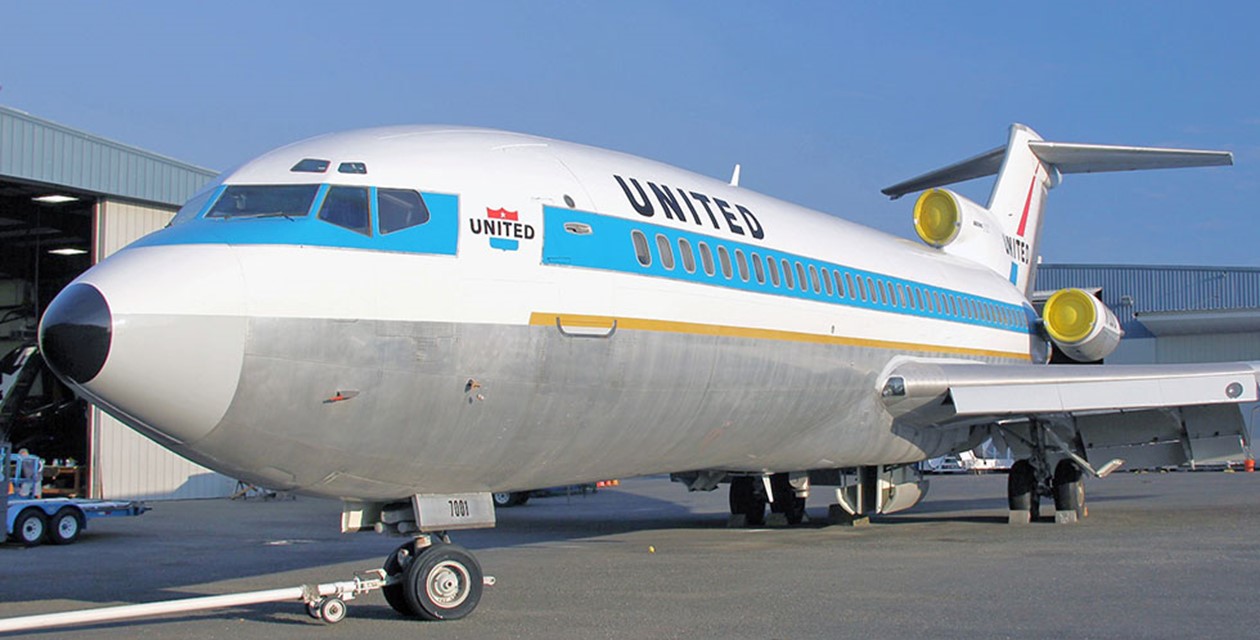 On March 2 2016, the Museum of Flight’s recently-restored Boeing 727 prototype made its first flight in 25 years; the flight also marked the airplane’s last flight ever. The Future of Flight at Paine Field in Everett, Wash. held a pre-flight ceremony while hundreds of enthusiastic fans and former 727 flight crew members awaited the plane’s flight and arrival at The Museum of Flight. The plane received a heartfelt welcome at the Museum when it taxied through the Museum’s Boeing Field gate at 11 a.m.