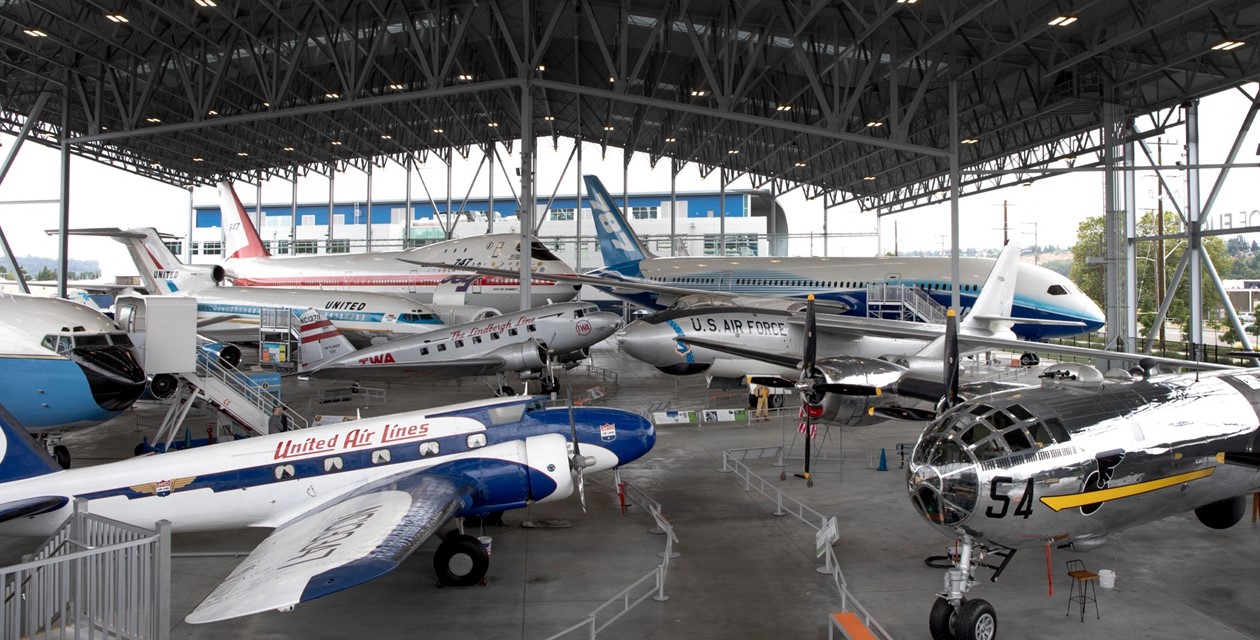 *The Boeing 727 is temporarily closed. We apologize for any inconvenience*


The Museum of Flight's Aviation Pavilion is a covered, outside gallery with 19 rare and unique commercial and military airplanes. The 3-acre display focuses on the dramatic development of large aircraft and commercial airliners from the 1930s to the present. The Pavilion also offers the first-ever exhibit about the business of air freight. The FedEx Air Cargo exhibit, built from the fuselage of a former FedEx Boeing 727 freighter, is a highly interactive, behind-the-scenes exploration into the world of air deliveries. The Pavilion also offers daily tours, a café (seasonal), and a children's play area in one of Seattle's largest covered spaces.

The Aircraft in the Pavilion

For the first time, the Museum’s unrivaled collection of large commercial aircraft can be seen in one place. The airliner exhibit includes the world’s only presentation of the first Boeing 727, 737 and 747 jets, the first jet Air Force One, the extremely rare Boeing 247D and Douglas DC-2 airliners from the 1930s, the only Concorde on the West Coast, and the new Boeing 787 Dreamliner. The military line-up includes three big bombers—World War Two’s B-17F Flying Fortress and B-29 Superfortress, and the Cold War’s B-47 Stratojet; plus jet fighters spanning the wars from Korea to the Persian Gulf.