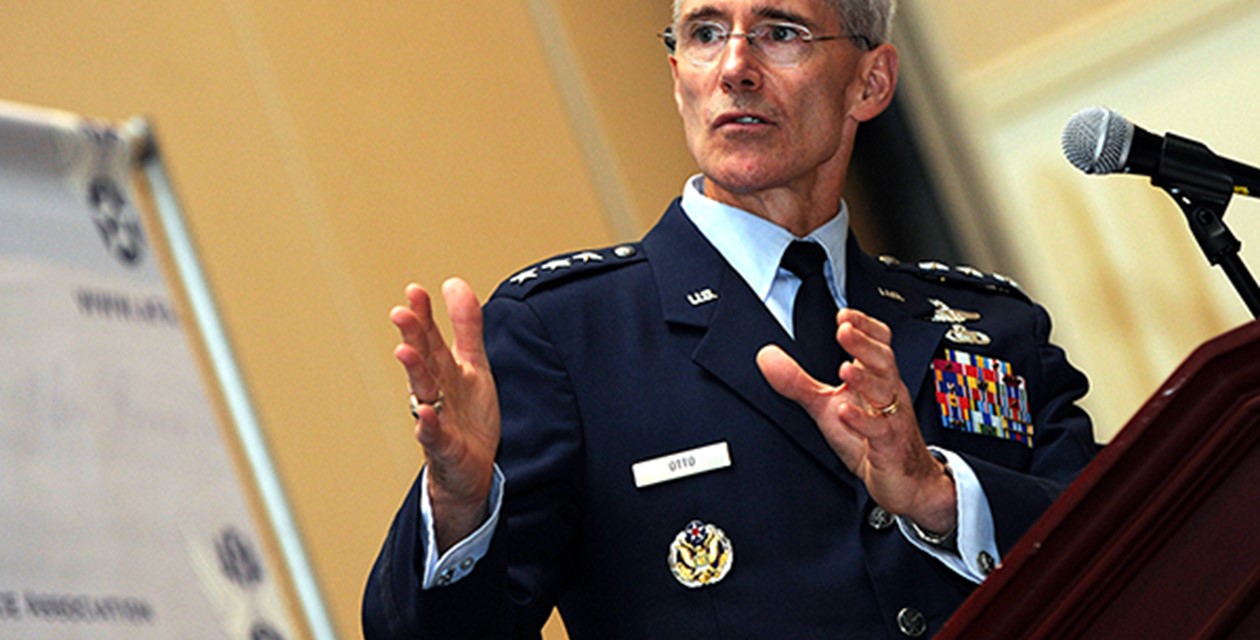 The program will be live in the Museum from 11 a.m. to noon, and live streamed on YouTube. Following the ceremony, there will be a 1 p.m. screening of the Smithsonian Channel program about the U.S. Eighth Air Force during World War II, Memphis Belle in Color. The film will be shown in the Museum’s William Allen Theater.

Retired U. S. Air Force Lt. Gen Robert “Bob” Otto
In June 2013, Gen. Otto became the Deputy Chief of Staff for Intelligence, Surveillance, and Reconnaissance (ISR), Headquarters U.S. Air Force, Washington, D.C. In that capacity, he was responsible to the Secretary and Chief of Staff of the Air Force for policy formulation, planning, evaluation, oversight, and leadership of Air Force ISR capabilities. As the Air Force’s senior intelligence officer, he was directly responsible to the Director of National Intelligence and the Under Secretary of Defense for Intelligence. He led five directorates and supported a 30,000-person enterprise with a portfolio valued at $55 billion across the Air Force. After serving more than 34 years in the United States Air Force, Otto transitioned from active duty on Dec. 31, 2016.

Born in Ft Worth, Texas and raised in Port Angeles, Wash., Gen. Otto was commissioned in June 1982, following graduation from the United States Air Force Academy. He holds a Master’s degree in national security strategy from the National War College, is a Seminar XXI Fellow from the Massachusetts Institute of Technology, and graduated from both George Washington University’s National Security Studies program and Harvard’s Senior Executives in National and International Security program.

During his career, Otto held command at virtually every level, including squadron, group, wing, and agency commands. His staff duties included four tours at Headquarters U.S. Air Force, one tour with the Operations Directorate on the Joint Staff, and one tour at Headquarters, Air Education and Training Command. The general was a command pilot with more than 2,800 hours in the U-2, RQ-4, F-15, AT-38, O-2, and OT-37. He deployed in support of Operations SOUTHERN WATCH, ENDURING FREEDOM, and NEW DAWN.

Otto is currently serving on the Board of Directors for Black Hills Corporation and ELTA North America in addition to several strategic advisory boards. He formed Bob Otto Consulting LLC to help companies achieve their intelligence, reconnaissance, and cyber security objectives.