Telling the Untold Stories of World War in Exhibits and Beyond 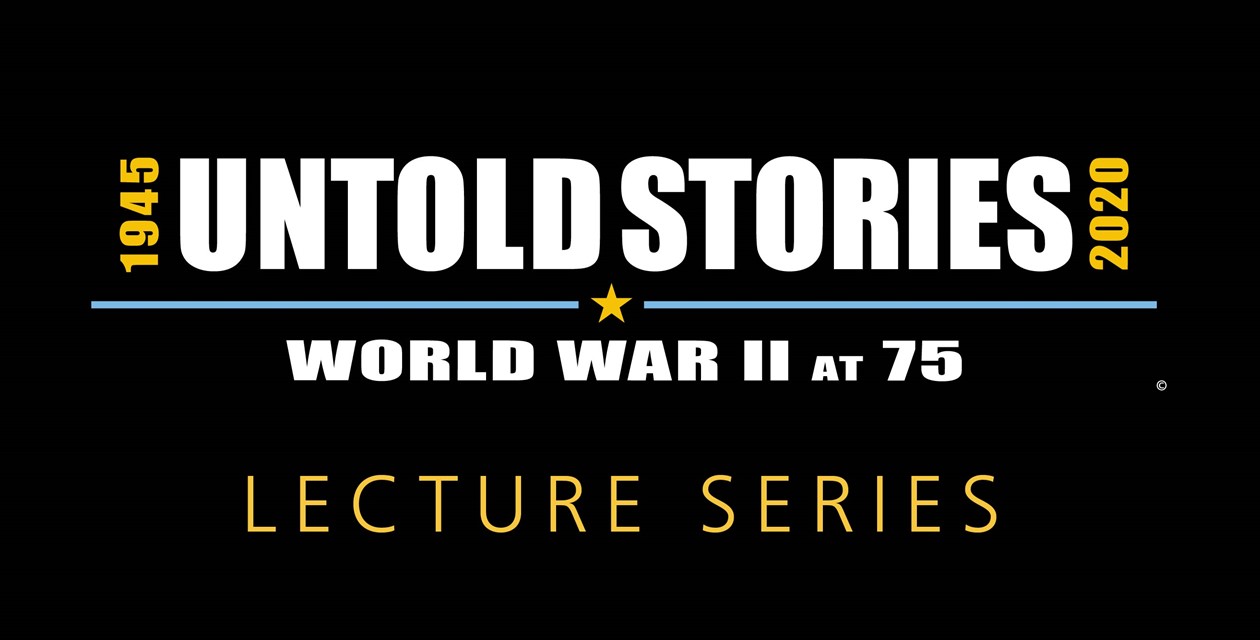 Inspired by The Museum of Flight’s Untold Stories: World War II at 75 exhibit, this 4-week interactive online lecture series brings you to the front lines of the subject matter and to the development of a world-class museum display. Each week you will meet Museum curators, exhibit developers and World War II experts to share their professional secrets and some of the forgotten, or sometimes suppressed, histories of World War II. The series can be enjoyed as in-depth facilitated course, or you may choose individual sessions based upon your personal interests.


Please include the promo code FULLSERIES at checkout to receive the discount for all four programs.


Meet the archivists and developers who designed the Museum’s Untold Stories: World War II at 75 exhibit. In a world where the average museum visitor spends merely seconds reading information on any given sign, how do exhibit designers create something that will satisfy a casual reader and those who want to explore the deeper story? What if your goal is to also reveal War stories that languished for decades? The session also includes presentations about the Tuskegee Airmen and the Japanese American experience in World War II.


Week 2 – Women Aviators and the LGBTQ+ Experience in WWII


This session challenges history buffs to consider facts, ideas, and perspectives they may have never encountered. It begins with a presentation about WWII’s women in aviation and the forgotten story of the Women Air Force Service Pilots—the glass-ceiling shattering women who ferried military aircraft across the country, and towed gunnery targets for live-fire dogfight exercises. The session continues with a look at the lives of Ben Small (Army Air Corps) and Helen Harder (Women’s Army Corp), two of the millions of LGBTQ+ Americans who served in the war despite the military regulations meant to screen them out and exclude them.


From Nazi flying saucers to Poles in the RAF, we investigate untold (or mythic) stories from the European Theater. The session begins with the story of the Royal Air Force No. 303 Squadron, comprised of Polish aviators who flew with the Allies to liberate their homeland, and whose victories ultimately led to tragedy. We will also sift through the persistent legends about the Luftwaffe, examining claims from submersible V-2 rockets off the coast of North America to a German atomic bomb.


Week 4 – Getting a Handle on History’s Inconvenient Truths


This session looks at how museums present topics that are disturbing and even controversial. Exhibit developers must tell the unvarnished truth without overwhelming the average visitor, and this session looks at a specific event in WWII, takes you inside our artifact that was a part of that event, and facilitates discussions about how to develop an exhibit about it. The topic: “Operation Meetinghouse” and the B-29 bomber.

You’ll begin with a personally led virtual 3D tour inside the Museum’s B-29, a plane that was actually used in America’s first devastating firebomb attack on Tokyo—code-named Operation Meetinghouse—that killed more civilians than the atomic bomb on Hiroshima. You will learn about the plane and the mission it flew; then the session breaks into small, facilitated groups to discuss how to create an exhibit about Operation Meetinghouse.