Looking Back at Apollo 17 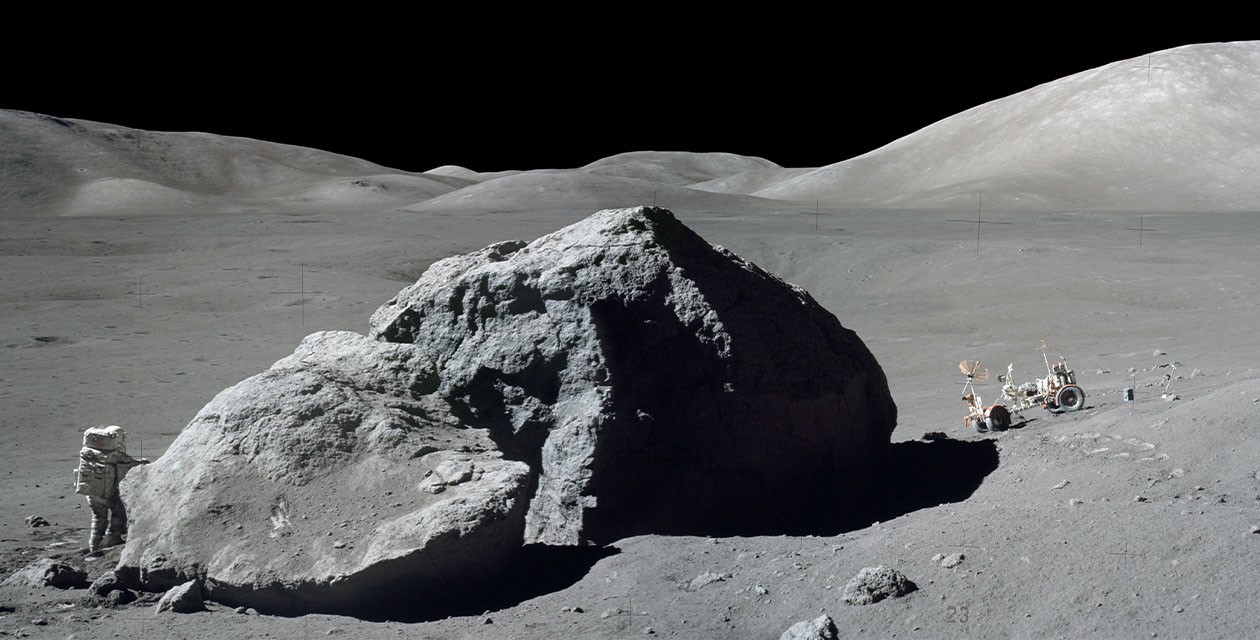 Join us for a special presentation!

Fifty years after the last humans left the Moon, the Museum’s Space Curator Geoff Nunn will be joined by Apollo 17 NASA Flight Director Neil Hutchinson to discuss the significance of the final Apollo mission.

This presentation is FREE with Museum admission.


Neil Hutchinson is a Pacific Northwest native, born, raised and educated in Oregon. After graduating from Willamette University with degrees in mathematics and physics, Neil joined NASA in 1962 as a member of the Space Task Group at Langley Research Center. The Group became the core staff for the Manned Spacecraft Center in Houston, Texas. He led the design and development of the Gemini and Apollo telemetry systems in the new Mission Control Center. Neil was appointed as an Apollo Guidance Officer in Mission Control in 1967 and a Guidance, Navigation and Control Engineer in 1968. The next four years saw Apollo flights around Earth, around the Moon, and finally the Moon landing with Apollo 11.

With his extensive experience in Mission Control, he was selected as a NASA Flight Director on Apollo 16 and led the team that brought the final Moon landing crew on Apollo 17 safely back to Earth in 1972. What followed were Flight Director assignments on all three Skylab missions and in 1975, Apollo/Soyuz with the Russians. In 1976 he was named as the Ascent Flight Director for the first Space Shuttle flight – arguably the most daring test flight in NASA’s history and the only time NASA ever launched a human spacecraft without precursor unmanned test flights. Neil led the team that developed the Mission Control Center/Shuttle crew procedures for launch phase, most of which endured to the last Shuttle flight, STS-135. He also ran the team that launched the second Shuttle flight, STS-2 and was the first Lead Flight Director of the Shuttle program for STS-3.

In January 1984, he was named Program Manager for the NASA Space Station Program and guided that effort until his retirement from the Senior Executive Service in 1986. Among his many NASA awards are two Exceptional Service Medals and the Presidential Medal of Freedom for Apollo 13. After leaving NASA he returned in a support role as Group Senior Vice President and General Manager of Science Applications International Corporation’s (SAIC) Space, Earth and Aviation Sciences Group which he formed and led until his retirement in 2005. He continued consulting with NASA and SAIC for 10 additional years.

Returning to the Pacific northwest after retiring, Neil currently resides on Bainbridge Island with Karen, his wife of 53 years, and continues to support The Museum of Flight as a member of its Space Flight Committee.