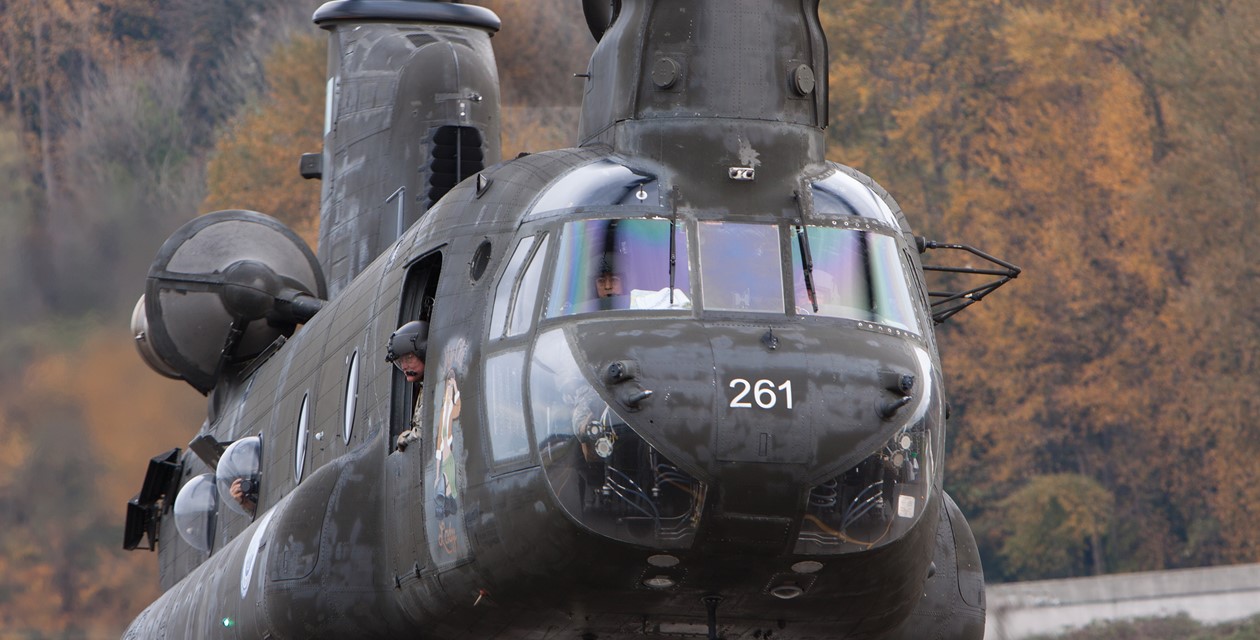 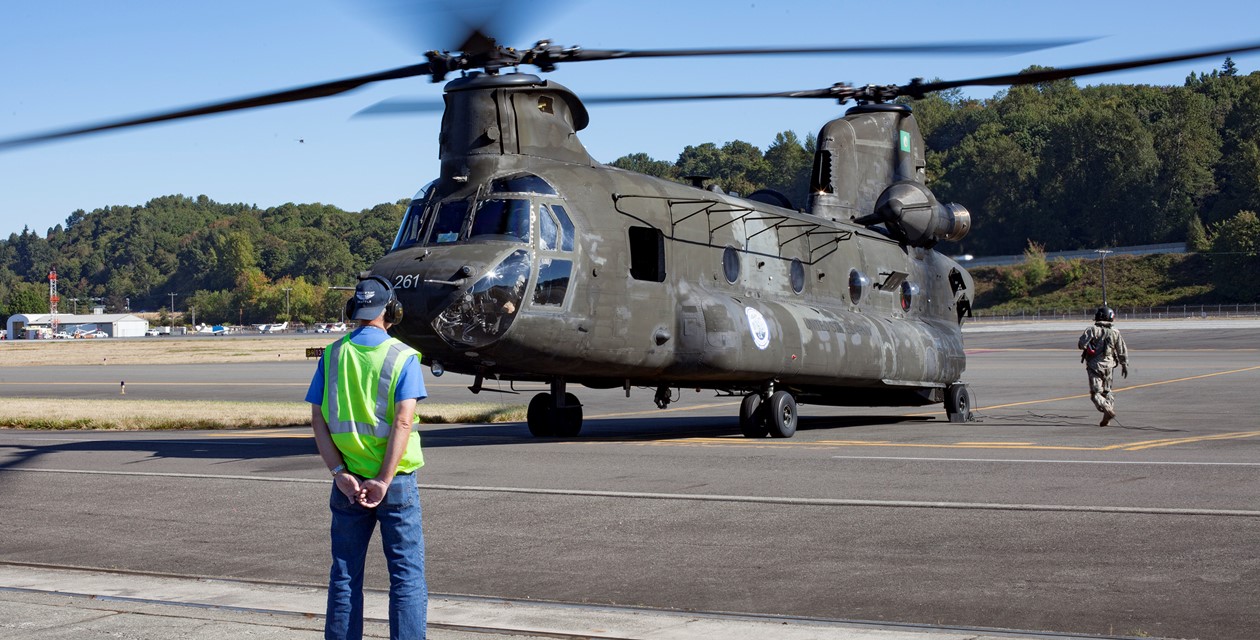 SEATTLE, Feb. 3, 2020—A recently retired, veteran U.S. Army Boeing CH-47D Chinook helicopter will make a new home at the Museum on Feb. 8. Nicknamed My Old Lady, it was the oldest flyable Chinook in the world-wide Army inventory when it was taken off of flight status in 2017 after 54 years of service.The military workhorse will be trucked from Camp Murray—adjacent Joint Base Lewis-McChord, where it has been stationed with the Washington state Army National Guard since 2009. The big chopper will be delivered by some of the same crew members that have been serving with the aircraft for years, and they will remain with the helicopter all weekend preparing it for exhibition in the Museum’s Aviation Pavilion. The public are invited to watch its arrival and reassembly.

Media Alert:
Former pilots and other crew members who flew My Old Lady in combat and other missions are expected to be at the Museum to be reunited with the helicopter on Feb. 8 Check with PR Manager Ted Huetter for exact times.

My Old Lady was was built in 1962, and on Jan. 9, 1963 it became the fifth Chinook accepted by the U.S. Army (91-00261). The twin-engined helo accommodates a crew of 2-3 and up to 50 troops. It has served with the U. S. Army and Army National Guard, and based at Camp Murray near Joint Base Lewis-McChord in Washington since 2009. The aircraft flew combat missions in Iraq, Kuwait and Afghanistan during 2009-2011. Locally it was flown in support of domestic emergencies, most recently the Okanogan Complex Wildfire in 2015. It is the only authorized U.S. Army aircraft with nose art.

CH-47 models entered combat service in 1965 during the Vietnam War. The Chinooks were vital to many aspects of the war including troop transport, placing artillery batteries in mountain positions inaccessible by other means, and recovering downed aircraft. Chinooks retrieved 11,500 disabled aircraft, worth over 3 billion U.S. dollars throughout the conflict.