Films focus on the first flights of 707 through 777 airliners 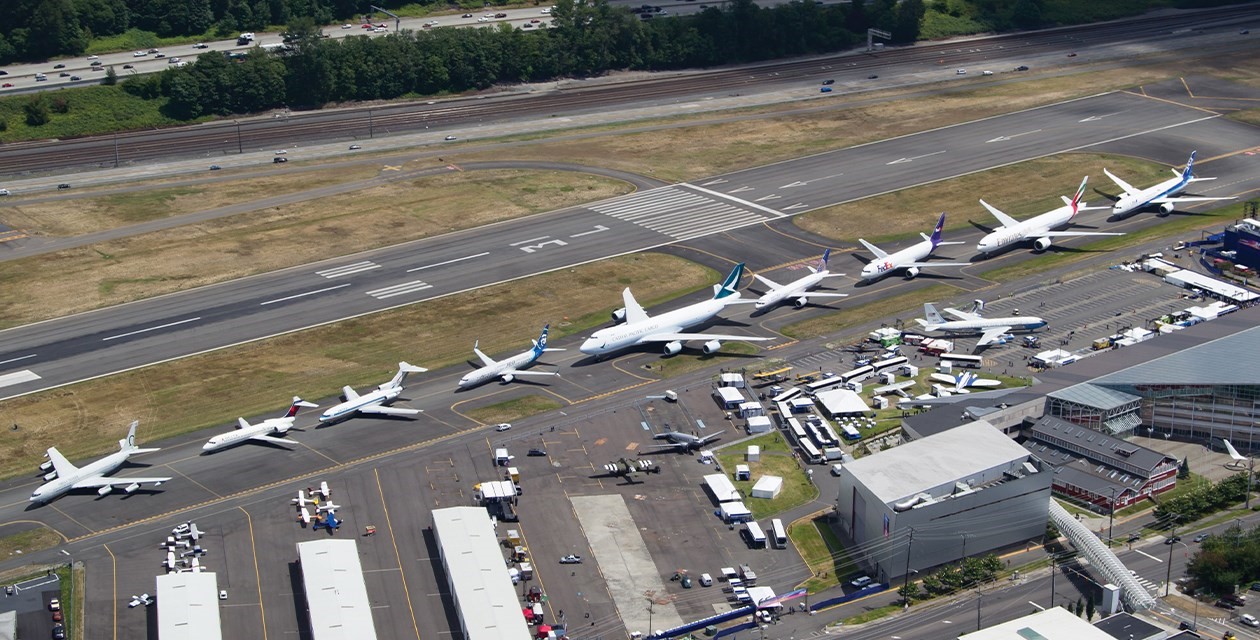 SEATTLE, Oct. 29, 2019—The Museum of Flight collaborated with Boeing and the American Institute of Aeronautics and Astronautics to produce six one-hour videos detailing the first flights and the development of the Boeing Dash 80/707, 727, 737, 747, 757, 767 and 777. The documentaries will be screened on Nov. 2 (Part One: 707-737) and Nov. 9 (Part Two: 747-777), and hosted by retired Boeing manager Peter Morton and Raisbeck Aviation High School student Max Welliver. The videos were produced during the 1980s and in 2009, and they include many rare interviews with the pilots and engineers who helped define the Jet Age. Morton and Welliver will add their own insights during the presentations.

Hosts
Peter Morton joined Boeing in 1958 as a flight crew ground instructor. His career included service as a Flight Operations Engineer, flight deck designer, and manager of many leadership functions in marketing, program management, and HR.

Max Welliver is a Junior at Raisbeck Aviation High School, a private pilot, avid aviation photographer and scale modeler. He has ambitions to become an aerospace engineer, naval aviator, and flight test pilot as a third generation Boeing employee.

Image: Boeing 7-Series of aircraft lined up in front of The Museum of Flight during the company's centennial celebration in 2016.