World-famous UK aerobatic team will feature a 12-plane flyover with smoke, free displays of airplanes with the pilots, and student program at Raisbeck Aviation High School 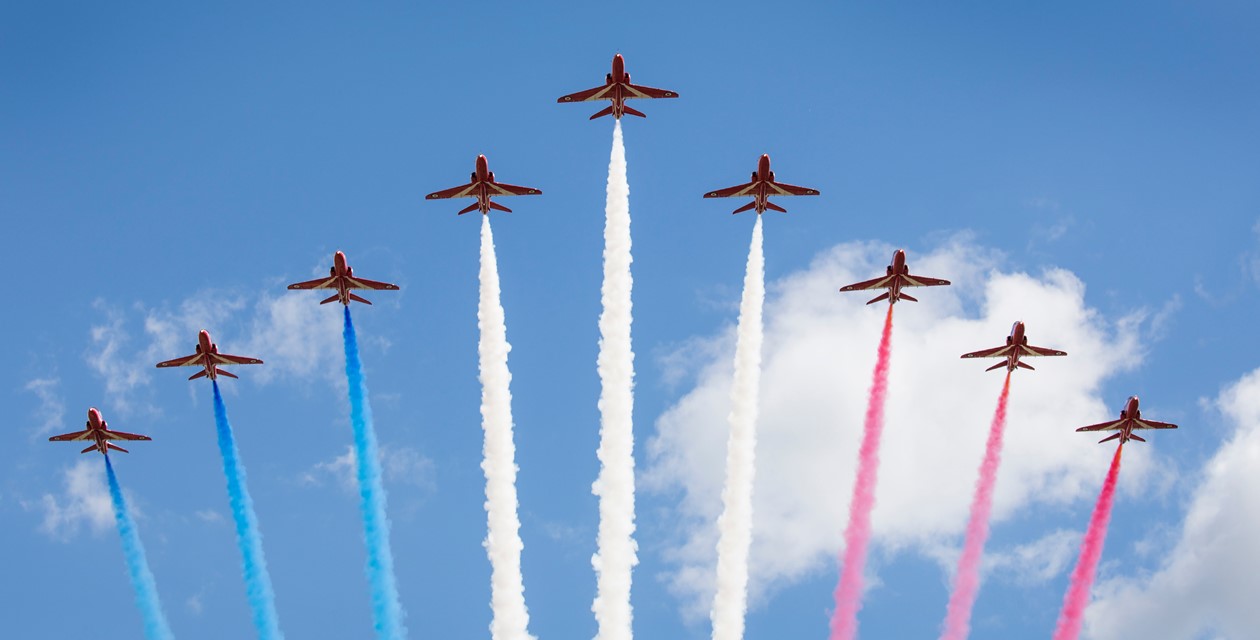 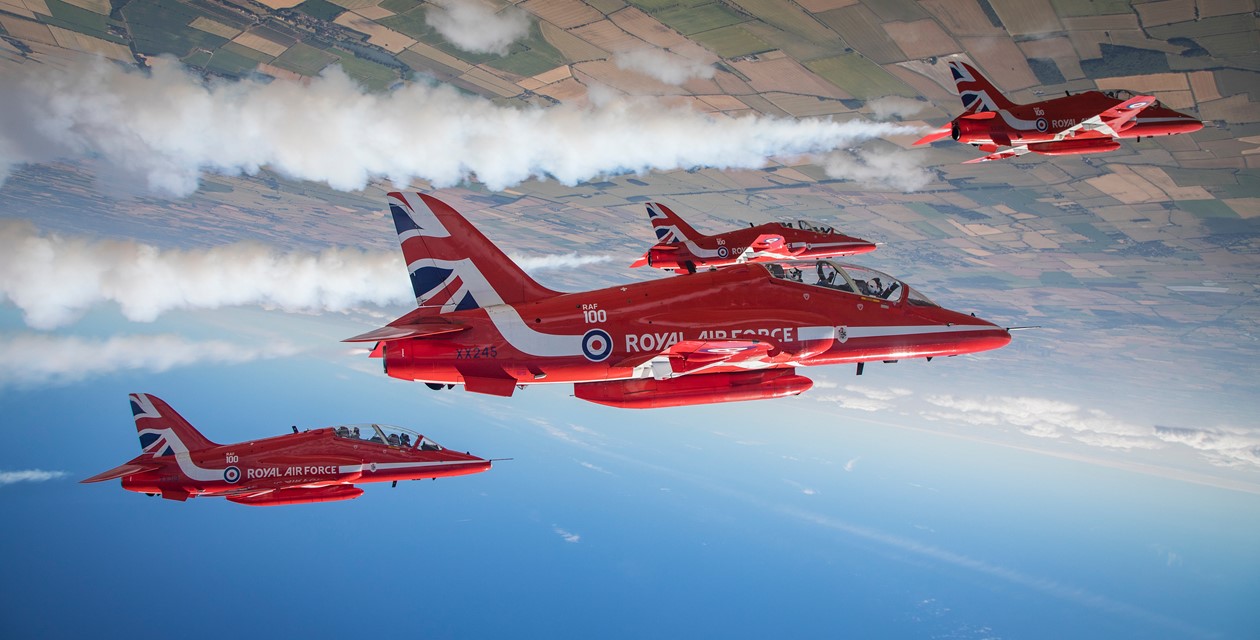 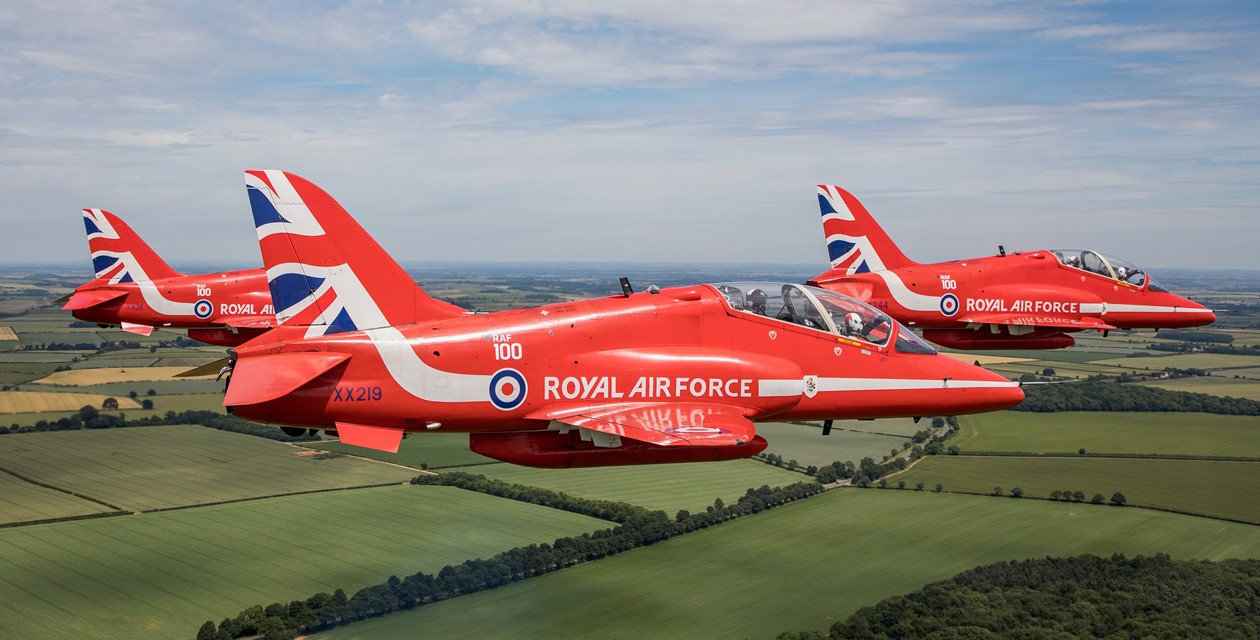 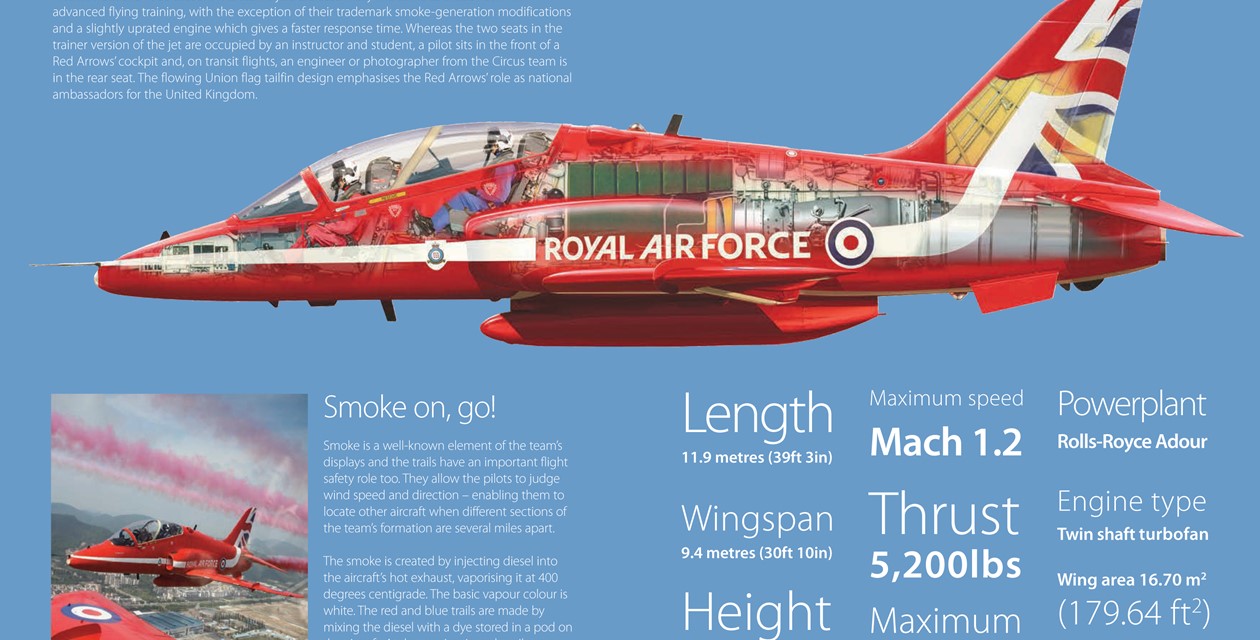 SEATTLE, Sept. 10, 2019—The UK’s celebrated Royal Air Force aerobatic display team, the Red Arrows, will make their first-ever visit to Seattle on Sept. 23 with an 11:15 a.m. estimated arrival over Boeing Field and The Museum of Flight. The Museum stop is part of team’s first major tour of the U.S. and Canada in more than a decade.

The team’s 12 Hawk T-1 fast-jets will make a formation fly-by with smoke trails over the Museum, then head briefly over downtown Seattle and return to land at Boeing Field. Two of the Hawks will taxi directly to the Museum main parking lot and remain there for free public viewings and pilot meet-and-greets from 1:00 to 2:30 p.m. Red Arrow flight crews will also meet students at nearby Raisbeck Aviation High School.

MEDIA ALERT
Press are invited to a Sept. 23 media event for the Red Arrows:

12:15 p.m.
Media may interview the pilots, engineers and British Consul General Andrew Whittaker next to the planes at the Museum.

1-1:40 p.m.
Raisbeck Aviation High School hosts Red Arrows pilots and engineers for a
STEM Q&A presentation with the students, followed by student tour of the Red Arrows aircraft at the Museum.

The Red Arrows will also visit Boeing’s facility to tour one of the nine P-8A Poseidon aircraft that will enter service in the UK from next year, following a joint Boeing UK – UK Government £100 million infrastructure investment in Moray, Scotland.

Media Contacts Outside of The Museum of Flight:

The Red Arrows North America Tour
The Red Arrows are on a major tour of North America. It is the biggest-ever visit by the Royal Air Force Aerobatic Team to Canada and the United States and the first to the two countries in more than a decade. The tour aims to promote the best of British and deepen partnerships with close friends and allies.

Flying distinctive Hawk T1 fast-jets, the team is made up of pilots, engineers and essential support staff with frontline, operational experience, all showcasing the Best of British. The Red Arrows have performed almost 5,000 times in 57 countries since they were formed in 1965.

The 11-week deployment is an indication of the UK’s continuing commitment to enduring relationships, mutual prosperity and extensive security cooperation.

With stops across the continent, the tour comprises aerobatic displays, flybys of well-known landmarks and dozens of ground engagements from business receptions to sessions highlighting the importance of science, technology, engineering and math subjects to young people. Each show is a demonstration of creativity, engineering excellence and innovation—not just hallmarks of the Red Arrows and RAF but of the proven capabilities, strengths and skills of the UK.

According to the RAF, the tour provides chance to celebrate and enhance international trade and investment between the UK, Canada and the US, worth more than $260 billion in 2018.

The RAF P-8A Poseidon fleet will support maritime surveillance, anti-submarine warfare and anti-ship warfare for the UK, and will increase protection of the UK’s nuclear deterrent and Queen Elizabeth class aircraft carriers.

This Seattle activity has been made possible by the generosity of Seattle residents Mr. Bruce McCaw, and Mr. James D. and Mrs. Sherry Raisbeck.

After Seattle, the team flies to Vancouver, B.C., and then south to the Miramar Airshow in San Diego, Sept. 27-29.

Images: The Red Arrows in flight.