The Birdie Has Landed... at The Museum of Flight 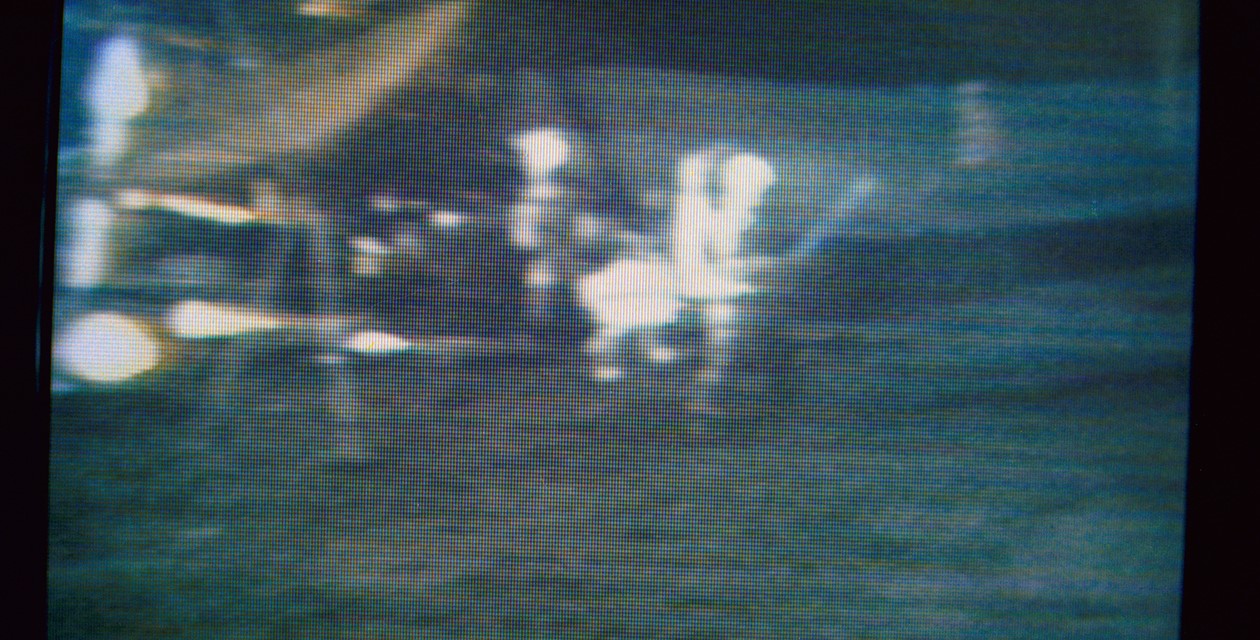 SEATTLE, March 30, 2017--Some 45 years after tee off, a golf ball, believed to have been the very same ball Alan Shepard shanked on the Moon was found washed up along the coastline in Grays Harbor, WA. This ball is now on display at The Museum of Flight for a very limited time.

Oyster farmer, Elliott Swift found the unusual object several months ago. "It was late October or early November. I think. I was out on the reef handling a few clusters, and when I broke one of them apart, I found something that looked and felt very different from the other oysters I harvested. I took it to our local fish and game authorities who took samples and said, indeed it was unlike anything they had ever seen in our waters. After months of further inquiry, and subsequently testing, a committee of aerospace researchers proved it to be this extremely rare artifact."

The commander of Apollo 14 wanted to do something special while on the moon. In late 1970, he contacted a local golf pro in Houston, who connected the head of a Wilson six-iron to the shaft of a piece of rock collecting equipment. Shepard then covered the club with a sock so it wouldn't be discovered.

Only a handful of people in NASA knew of Shepard's plan when, on February 6, 1971, after an extended excursion on the lunar surface, he pulled out the club, dropped two balls on the moon and proceeded to strike. He shanked the ball so hard that it left lunar orbit and entered a Trans-Earth trajectory. It's likely that ball simply kept orbiting the Earth in an unstable orbit until it finally collided with the atmosphere. Scientists are still a bit unclear about its exact time of re-entry.

The Museum of Flight's Adjunct Curator for Space History, Geoff Nunn recalls his first contact with Swift: "We get calls about rare discoveries all the time. Naturally, when I got the call from Mr. Swift about this particular find, we were suspect, but indeed, the chemical tests and analyses proved this ball to be the real thing. There were still traces of lunar regolith embedded deep under the surface of the ball's dimples. We couldn't be more proud to feature this precious artifact, particularly as we ramp up to the May opening of the Apollo exhibit."

The ball will be on display in the main lobby this weekend only, April 1 and 2.

Images of the ball on display at The Museum of Flight

###
About The Museum of Flight
Founded in 1965, the independent, nonprofit Museum of Flight is one of the largest air and space museums in the world, serving more than 560,000 visitors annually. The Museum's collection includes more than 160 historically significant airplanes and spacecraft, from the first fighter plane (1914) to today's 787 Dreamliner. Attractions at the 20-acre, 5-building Seattle campus include the original Boeing Company factory, and the only full-scale NASA Space Shuttle Trainer. With a foundation of aviation history, the Museum is also a hub of news and dialogue with leaders in the emerging field of private spaceflight ventures. The Museum's aviation and space library and archives are the largest on the West Coast. More than 150,000 individuals are served annually by the Museum's onsite and outreach educational programs. The Museum of Flight is accredited by the American Association of Museums, and is an Affiliate of the Smithsonian Institution.

The Museum of Flight is located at 9404 E. Marginal Way S., Seattle, Exit 158 off Interstate 5 on Boeing Field halfway between downtown Seattle and Sea-Tac Airport. The Museum is open daily from 10 a.m. to 5 p.m. Museum admission for adults is $23 on-site and $21 online. Youth 5 through 17 are $14 on-site and $13 online, youth 4 and under are free. Seniors 65 and over $19 on-site and $18 online. Groups of ten or more: $21 per adult, $13 per youth, Thanks to Wells Fargo, on the first Thursday of every month, admission is free from 5:00 to 9:00 p.m. And parking is always free. There is a full lunch menu café in the Museum and a limited menu café in the Aviation Pavilion, both operated by McCormick & Schmick's. For general Museum information, please call 206-764-5720 or visit www.museumofflight.org