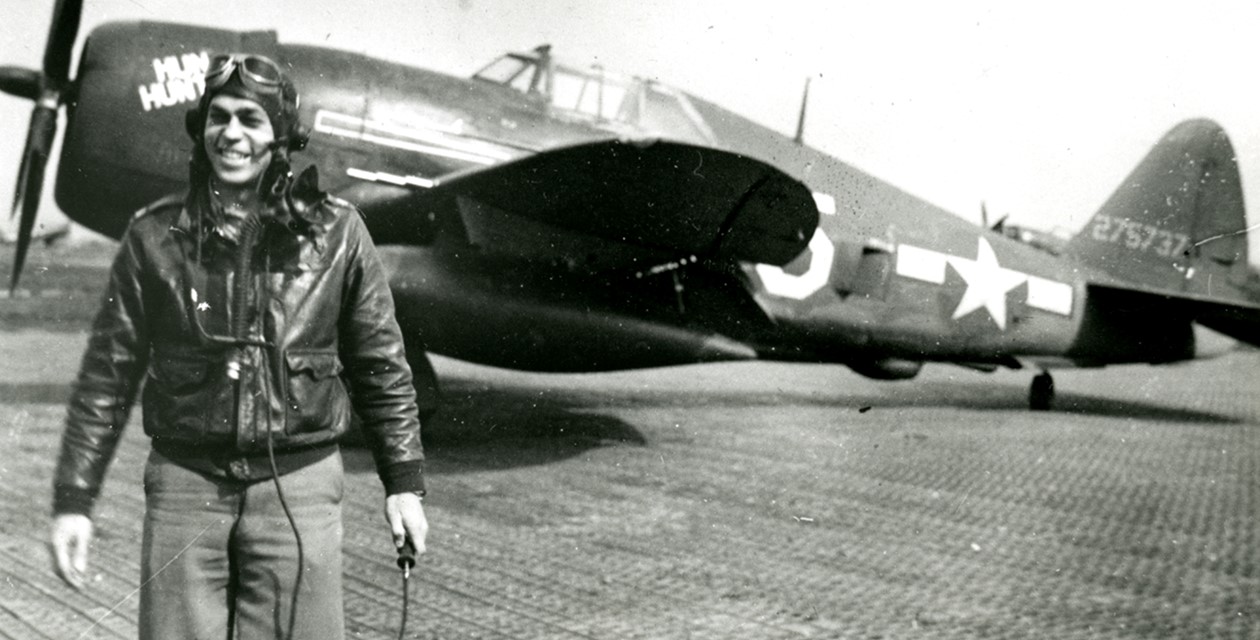 As the home of the American Fighter Aces Association, the Museum is steward to an amazing collection of AFAA materials, from photos to letters to paintings to uniforms. One of the many highlights of this collection are the aces oral histories: recorded interviews with dozens of fighter aces in which they discuss their training, missions, and experiences during the World Wars. These interviews were made over a period of 30 years starting in the 1960s, and many were conducted during anniversaries and reunions or for specific research projects, which may make them the only copies in existence. Unfortunately, access to these oral histories has been limited; they were recorded on tapes, audio reels and other obsolete media, and no transcripts were made.

In August, a donor who wishes to remain anonymous made a generous donation to help preserve ace interview content. With that gift, we have launched the AFAA Oral History Project, an ongoing effort by the Museum’s archives department to digitize, preserve, and increase access to these rare historic records. Over the past several weeks, I have been working on Phase 1 of the project: digitizing approximately 200 cassette tapes in the collection, which we can do with in-house equipment, and having professional transcripts made. These interviews are a treasure trove of information, and every day I hear some amazing new anecdote or personal account. Some of my favorites so far include:

Once the in-house digitization is complete, we will look into digitization services for the audio reels and other remaining media items: about 150 items total and containing interviews with Eddie Rickenbacker, Hubert Zemke, Dick Rossi, and others. The audio files and transcripts will become part of the Museum’s digital collection and be available to researchers. We also hope to one day build an online repository of the transcripts and audio clips that will be accessible through the Museum website. Stay tuned as this exciting project unfolds!