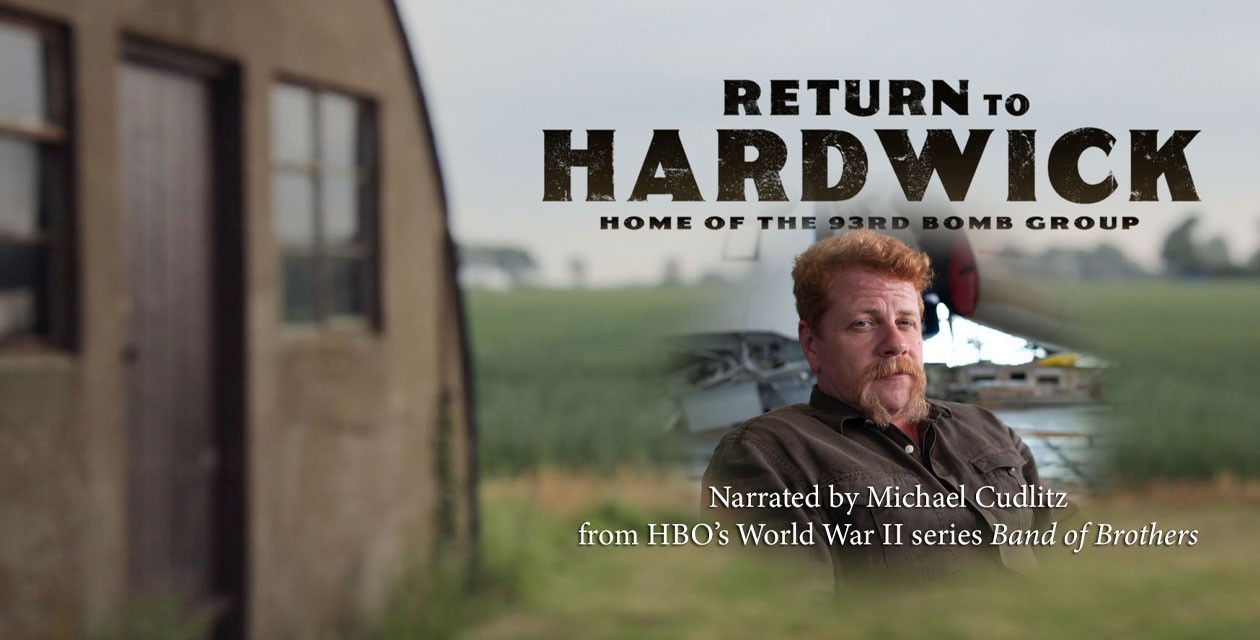 The 93rd Bomb Group was the most decorated, most traveled and most effective bomb group of WWII. Crippling Hitler's Europe from the air, they executed some of the most daring bombing raids in the war. Along with the group's rich history, sons, daughters and grandchildren travel to England and explore the 93rd's long forgotten airbase - Hardwick Aerodrome 104.

Director Michael Sellers and Narrator Michael Cudlitz will be at the screening.
This event is FREE with Museum admission.

Michael Sellers, Director, Producer, Editor
Michael Sellers is a producer and editor in New York City. He was nominated for a Daytime Emmy Award for "Outstanding Achievement in Editing" and has contributed his editing talents to many popular cable television programs. In the last few years Michael started shifting his attention to producing. He created and produced the Man Fire Food series for Food Network and produced the independent feature film Sabbatical starring Robert Longstreet (Take Shelter, Ain't Them Bodies Saints) and Thomas Jay Ryan (Henry Fool, Eternal Sunshine of the Spotless Mind). Currently, Michael is focused on the feature documentary Return To Hardwick, for which he produced and directed.


Note from Michael:
This project is very close to me. My grandfather was a veteran of World War II and eighteen years ago I attended my first 93rd Bomb Group reunion in England with him. I was awestruck at finding out what he did as a bombardier during the war. A twenty year old kid flying high above enemy territory in an oversized tin can and at the same time dropping 500 pound bombs into the sky. On top of that, finishing a 35 mission tour and returning home alive was beyond impressive. I got hooked on the 93rd's story and my grandfather's connection to it.

Michael Cudlitz, Narrator
Michael Cudlitz is an American actor, known for portraying John Cooper on the TNT drama series Southland for which he won the Critics' Choice Television Award for Best Supporting Actor in a Drama Series in 2013, Sergeant Denver "Bull" Randleman on the HBO miniseries Band of Brothers, and Sergeant Abraham Ford on the AMC horror series The Walking Dead.